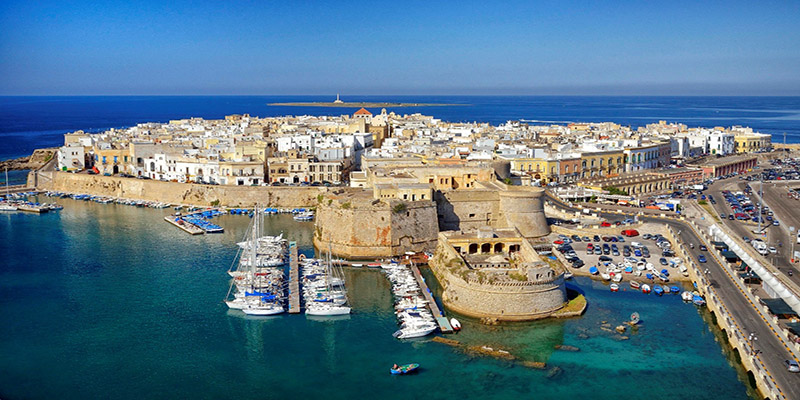 The Adriatic Sea is characterized by a unique coastal environment with significant potential for tourism development. REGLPORTS while emphasizing on Nautical Tourism (NT), seeks to exploit the high tourism potential of the intervention area in 21 small and medium-sized ports (12 in Italy, 4 in Albania and 5 in Montenegro).

Simultaneously, it aims to link the selected ports with alternative tourism activities related to inland’s natural and cultural assets, including areas of high aesthetic and ecological value, sports and leisure activities, historical monuments and archaeological sites, as well as multiple thematic destinations focused on gastronomy, religion and culture. Here comes the careful planning of the REGLPORTS Thematic Routes.

The Study for the Development of the REGLPORTS Thematic Routes provided some interesting results per participating country. A case in point is the Municipality of Molfetta which hosts a busy fishing and commercial port, with significant potential for the development of Nautical Tourism. The port of Molfetta offers a great opportunity for its advancement in terms of tourism advancement and economic growth. The Municipality of Molfetta has established four captivating Thematic Routes for the visitors. One of the suggested routes encourages the visitor to tour along the coastal road from Giovinazzo to Margherita di Savoia, aka the Along the Adriatic route.

By car the whole route takes approximately 1,5 hr with a plethora of things to see and visit along the way. The first stop is the maritime town of Giovinazzo in the province of Bari. Then there is Molfetta located in the northern side of the Metropolitan City of Bari. Only 10km north of Molfetta there is the town of Bisceglie with its awarded beaches, such as Scallette and Salsello. Further north (~9 km) following the suggested route, there is the town of Trani, the so called “Pearl of the Adriatic”. The next stop in the suggested route is the town of Barletta, with a port originating back in the early 4th century BC. The final stop on the route is the town of Margherita di Savoia, with its famous salt pans.